Playing the role of government at subdistrict region involves a
number of instances that play their own jobs and functions.
Therefore a good coordination is also required to prevent
misfunction get in the way.
This research is done to determine the role of coordinator of the
subdistrict leader in order to accomplish the job, and to determine
the influencing factors that get into play. So that this research would
give a positive contribution in subdistrict government particularly
and generally the whole country.
The methods used in collecting data are (1) observation, (2)
interview, (3) questionaire, and (4) literature study. Those data then
analyzed using frequency table and percentage.
The population of this research is 30 people, all accounted as
research samples. The result shows percentage of 85% that
subdistrict leader coordinates well in Baranti subdistrict of Sidrap
regency. That means a good coordination between subdistrict and
all sub-intances involved, and a positive contribution in
accomplishing all jobs and duties at Baranti subdistrict government 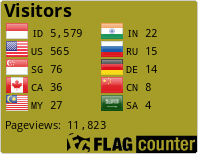